Research in data science is moving to a meta-level, where we can ask a question like:
If we use such-and-such a method across all of science, how much will the global wide result improve?

Improving science over data has become a major challenge than improving data. We are heading to a generation where all of science itself will soon become data that can be mined. Data science has become another approach of scientific discovery along with experimentation, modeling and computation.

Tukey has identified four driving forces in the new science:

“To sell suckers, one uses deceit and offers glamour,” wrote John Pierce of Bell Labs in 1969 as he discussed speech recognition. That was his advice against “mad inventors or untrustworthy engineers” that weren’t using a scientific approach.

Data scientists need to develop packages that abstract commonly used pieces of workflow and make them available for use in future projects. Research progress in the area is presenting a new workflow like every day.

Like we have metadata which is data about data, we have reached a generation of research which is working towards science of science, metascience. Data has been mined from past many years already. The science behind it has grown so strong and vast that, now we have enough science to mine it and find the hidden science in it.

Data scientists can’t blindly churn out methodology without showing concern for results being achieved in practice.

It’s about when science becomes increasingly mine-able. Instead of deriving optimal procedures under idealized assumptions within mathematical models, we will rigorously measure performance by empirical methods on the entire scientific literature or relevant subset of it.

Note:
Generating modeling culture seeks to develop stochastic models which fit the data and then make inferences about the data generating mechanism based on the structure of those models.

Predictive modeling culture prioritizes prediction. It is effectively silent about the underlying mechanism generating the data and allows for many different predictive algorithms, preferring to discuss only accuracy of prediction made by different algorithm on various data sets.

Let me Know What you Think! Cancel reply

Into Research and Writing! 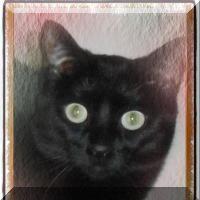 There are always gonna be flaws in the plan. Nothing is perfect. Neither the blog, its url or the blogger. Make yourself home in the chaos.

Welcome to your new home on WordPress.com

My words, My life

With sweet and sour experiences, life is full of colors

Every beat of my heart belongs to I AM! 💙

The power of the python programming language unleashed.

Inspirational Quotes To Motivate Your Life

from sand to stars

LIFE AS A DIVA KITTY GIRL

your path to your wealth
unbolt me